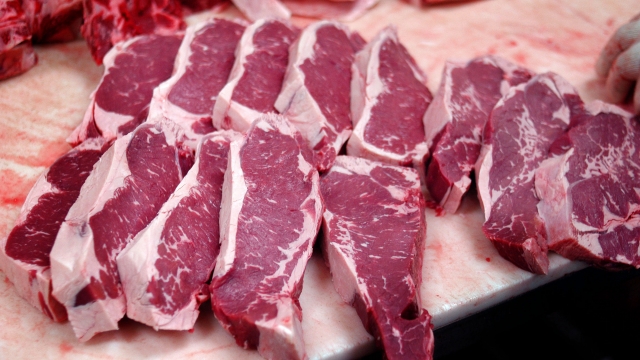 SMS
Denmark Might Tax Beef To Fight Climate Change
By Ben Lawson
By Ben Lawson
May 7, 2016
The beef industry produces five times more carbon emissions than pork or chicken, according to a 2014 study.
SHOW TRANSCRIPT

Denmark is considering a tax on beef to combat climate change and fight cancer.

And last year, the World Health Organization said red meat and cancer are associated. It also ruled definitively that processed meats are a carcinogen.

So the Denmark Ethics Council, which proposed the plan, is hoping a tax hike will cut down beef sales.

The group says its trying to live up to the Paris climate agreement's goal of keeping global temperatures from rising another 2 degrees Celsius.

And now, the Danish government has to consider the proposal. A statement from the council didn't hint at how much the tax would be.

However, it did say it wanted to roll out taxes for all foods based on their climate impact eventually, since a study found a third of human-produced greenhouse gas emissions come from agriculture.

This video includes a clip from CCTV and images from Getty Images.