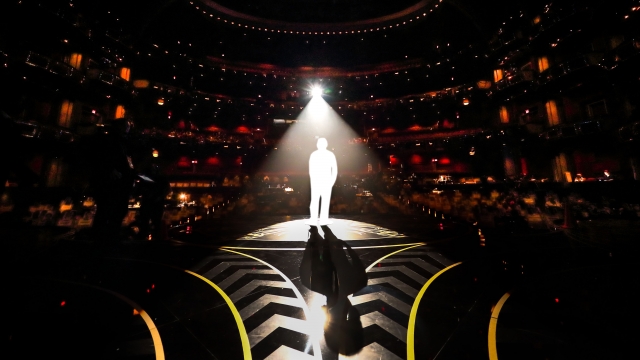 SMS
Who's Missing In Hollywood
By Christian Bryant
By Christian Bryant
September 9, 2016
A recent study from the University of Southern California points out which demographics were practically invisible in the biggest films of 2015.
SHOW TRANSCRIPT

The #OscarsSoWhite controversy highlighted issues of representation in Hollywood by pointing out who we see on camera most often.

So, who is it we aren't seeing?

A recent study from the University of Southern California's Annenberg School for Communication and Journalism examined the 100 top-grossing films of 2015.

The study points out "an epidemic of invisibility" among six groups: women, black people, Hispanics and Latinos, Asians, members of the LGBTQ community and people with disabilities.

While all of these groups were underrepresented, there were a few demographics that almost weren't seen at all.

Eighty-two of the top-grossing movies of 2015 didn't feature an LGBTQ person.

Of those 18 films, there was one transgender character with a speaking role — an improvement from 2014.

And there wasn't a single LGBTQ person with a disability depicted on film in 2015 — essentially invisible.

This study just reaffirms what we already know about representation in Hollywood: That it's lacking. And until the film industry makes changes to become more inclusive, Hollywood will continue looking the same: mostly white, male, straight and able-bodied.