Democrats Might Be Cutting Losses In Florida And Ohio Senate Races 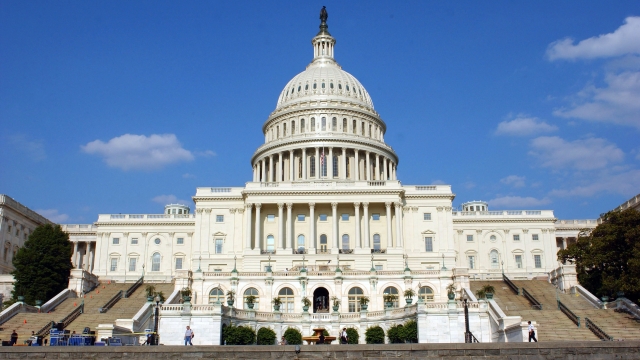 SMS
Democrats Might Be Cutting Losses In Florida And Ohio Senate Races
By Eugene Daniels
By Eugene Daniels
September 17, 2016
The Democratic Senatorial Campaign Committee has pulled millions from the states to focus on Missouri and North Carolina.
SHOW TRANSCRIPT

Senate races this year have been a bit unpredictable, thanks to the presidential race. And now, a move by Democrats to try and win some seats is making that even more obvious.

The Democratic Senatorial Campaign Committee had booked $20 million in ad buys in two swing states: Florida and Ohio. But now, they're pulling back a bit and throwing more dollars to North Carolina and Missouri.

The move is bad news for Democratic senate candidates Ted Strickland in Ohio and Patrick Murphy in Florida. It's likely the DSCC doesn't see those as truly winnable races anymore. Ohio Senator Rob Portman's seat once looked like it was up for grabs, but according to the Real Clear Politics poll average, that's probably a pipe dream at this point. Portman is beating Strickland by 13 points.

And after Marco Rubio promised he was leaving the Florida Senate, his seat also looked like it was ready for a flip to blue — but his switcheroo threw that plan into the toilet, too. He's averaging 6 points ahead of his own Democratic challenger.

That brings us to Missouri and North Carolina. The DSCC has shifted $2 million more to the former and $4.2 million to the latter. North Carolina probably makes more sense to most people. It went for President Obama in '08 but went to Mitt Romney in 2012, cementing itself as a real swing state.

But Missouri has been pretty red since after 1996, so Dems seeing a way to grab a seat there is pretty extraordinary. It probably doesn't hurt that the Democratic nominee just released an ad where he put together an assault rifle while blindfolded in a state that has pretty lax gun laws.