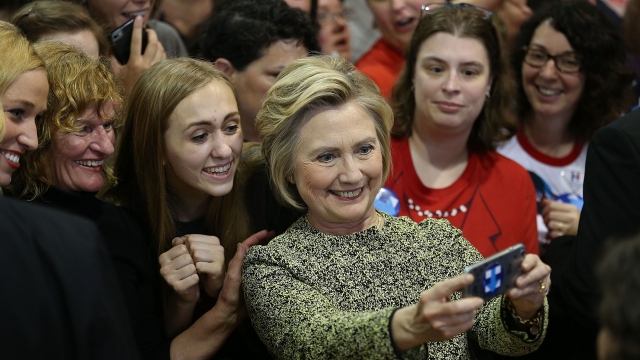 SMS
Democrats Might Have Another Hack On Their Hands
By Melissa Prax
By Melissa Prax
July 29, 2016
The U.S. Department of Justice is now looking into a possible hack on Hillary Clinton's campaign.
SHOW TRANSCRIPT

The Democratic Party isn't having a great week when it comes to cybersecurity, and the latest victim in a series of hacks could be Hillary Clinton's campaign.

The FBI and Department of Justice are looking into a possible attack after private investigators for the campaign uncovered the hack.

The DOJ is already looking into hacks on the Democratic National Committee and the party's Congressional Campaign Committee.

All of these cases are thought to be instigated by Russian hackers.

Clinton's campaign didn't immediately comment on the most recent hack.

This video includes clips from Hillary for America, U.S. Department of Justice and Democratic National Committee.