Dell Buys IT Company EMC In Largest Tech Acquisition Ever 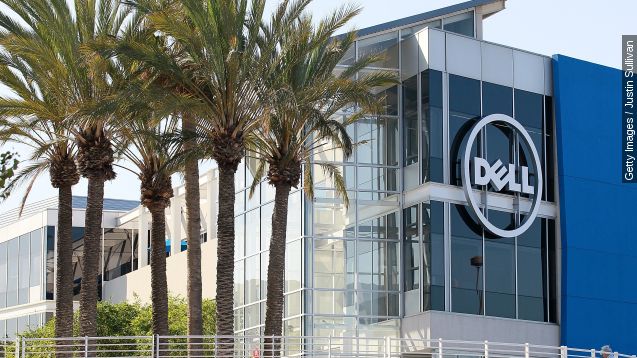 Dell, one of the grandpa firms of the tech industry, is going to buy EMC, another former tech giant that initially made its name as a storage provider. (Video via Dell)

The sale is being called the largest tech deal of all time thanks to EMC's $67 billion price tag.

So what is EMC, and why does it cost so much? Well, EMC isn't really one of those brand names you see sitting on a shelf at Best Buy because its clients tend to be of the corporate variety.

EMC took the data storage industry by storm in the '80s and even made the jump to cloud storage early on. But now companies like Google and Amazon have driven down the price of cloud storage, and EMC hasn't really done much to stand out. (Video via EMC Corporation)

Dell's kind of in the same boat: The company's known for its hardware and tried to keep up with new tech but really hasn't been able to compete with the likes of Apple or Samsung.

When the two finally get together, who knows? Sparks could fly.

Michael Dell, the founder of Dell — and a key player in the deal with EMC — said, "The combination of Dell and EMC creates an enterprise solutions powerhouse bringing our customers industry leading innovation across their entire technology environment."

One thing that Dell won't be getting in this deal is EMC's best-known product: VMware.

VMware is considered a leader in virtualization software and cloud infrastructure, which eliminates the need for a ton of servers. This way clients can spend less time entering data and maintaining hardware, and more time creating apps or analyzing useful information.

VMware will continue to be privately held, something The New York Times says EMC was adamant about during negotiations.

Dell doesn't have $67 billion on hand. To push the deal through, Michael Dell has once again dipped into the investment firm Silver Lake, which helped the company go private two years ago.