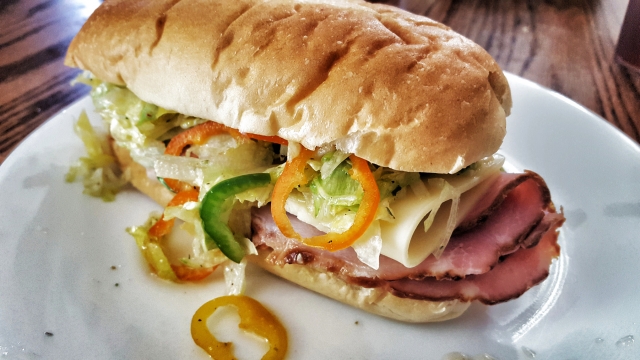 SMS
Deli Truck Collides With Bread Truck To Make Highway Hoagies
By Calvin Stovall
By Calvin Stovall
June 17, 2016
New Jersey commuters got more than they could chew during rush hour Friday morning when the highway was littered with raw sandwich ingredients.
SHOW TRANSCRIPT

New Jersey is famous for its sub shops, but most of them wait for the bread and meat to get off the highway first.

Just before 6 a.m. Friday, commuters were treated to an unexpected new sandwich combination when a truck carrying deli meat crashed into a truck full of bread on Interstate 287.

The accident sent both ingredients flying onto the highway, creating one of the ugliest hoagie combos you'll probably ever see.

No injuries were reported, but morning traffic on the interstate was backed up for several exits as workers rushed to clean up the mess.

Luckily no one was hurt, but it's safe to say the commuters who were late to work because of the accident probably lost their appetite for subs on their lunch breaks.

If only a cheese truck could have squeezed between them, the accident would have gone from rush-hour nightmare to the rush-hour hero of our dreams.