Fireworks Are Now Banned In Delhi Thanks To Air Pollution 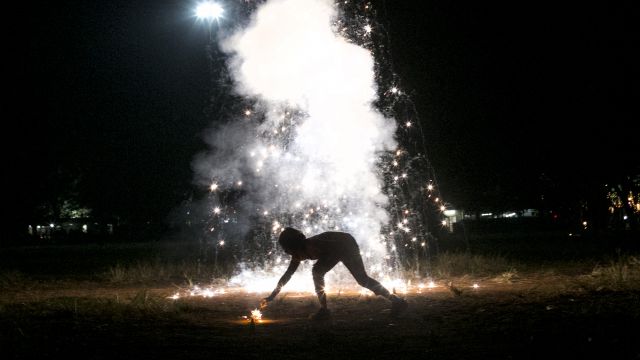 SMS
Fireworks Are Now Banned In Delhi Thanks To Air Pollution
By Matt Picht
By Matt Picht
November 25, 2016
Thick smog on the day after the festival of Diwali helped spur India's Supreme Court to ban the sale of fireworks.
SHOW TRANSCRIPT

Selling fireworks is now banned in the Indian capital of Delhi, thanks to air pollution concerns.

Fireworks are a traditional part of the Hindu festival of Diwali. But the morning after the recent celebrations, Delhi's citizens woke to a thick blanket of toxic smog.

Air quality in the city of 16 million people is among the worst in the world. In the aftermath of Diwali, some parts of Delhi recorded pollutant levels 30 times higher than recommended.

A lawsuit prompted by the incident led India's Supreme Court to suspend all fireworks sales in the city and order a three-month study of the harmful effects of fireworks.

But fireworks are hardly the only pollutant Delhi has to worry about. A sharp increase in the number of cars on the road has led to driving restrictions in the city.