Deleting Your Browser History Could Land You In Court 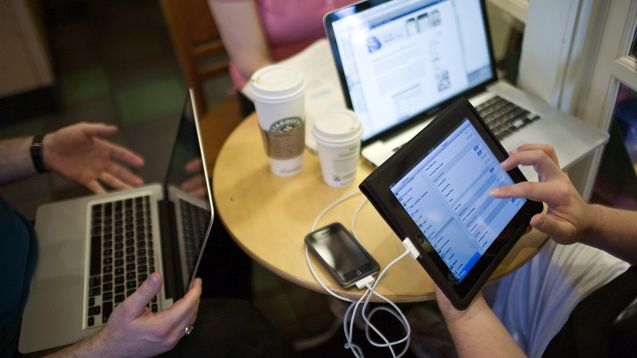 SMS
Deleting Your Browser History Could Land You In Court
By Leah Becerra
By Leah Becerra
June 7, 2015
The trial for the Boston Marathon bombing has highlighted a 2002 law that can be used to convict people in federal court. Is it time for an update?
SHOW TRANSCRIPT

A lot of Internet users delete their browser history and clear their cache and cookies.

It's just one of those things you do — some more often than others — if you own and use a computer.

"If you don't clear this information, it's there for someone to come along and retrieve — either by sitting down at your computer or remotely if you visit vicious websites or get a virus," said a Patrol Tech expert.

But the recent Boston Marathon bombing trial has brought to light a law, ratified in 2002, that could land you with a federal charge of obstructing justice for — wait for it — clearing your browser history. (Video via Worldstart.com)

The Sarbanes-Oxley Act is to blame. Initially it was created to combat corporate accounting scandals, like those of Enron and Worldcom in the late 1990s.

In 2010, David Kernell, a University of Tennessee student at that time, was convicted under the act for deleting information on his computer that federal investigators said linked him to hacking then-vice presidential candidate Sarah Palin's Yahoo account. (Video via ABC)

The Nation reports, "At the time Kernell took steps to clean his computer, he does not appear to have known that there was any investigation into his conduct."

That didn’t matter, though. Federal investigators felt they were "entitled" to the data.

"Let's be perfectly clear that these cyber cases [Internet cases] — because of the digital fingerprint that is left out there in cyberspace — are very difficult to defend," said criminal defense attorney Keith Sullivan on Fox News.

These cases are also very difficult to prosecute for the same reason — especially if you're doing what most IT professionals recommend and are clearing your browsing history and other "digital documents."

The Sarbanes-Oxley Act is now more than 10 years old, and the Internet is a very different place than it used to be. And yet, there haven't been any public calls for reforming the legislation. So for now, your Internet browser history — or removing it — could get you slapped with a federal charge.

This video includes images from Getty Images and music by Birocratic / CC BY ND 3.0.