Deezer Poised To Take On Spotify With Muve Music Acquisition 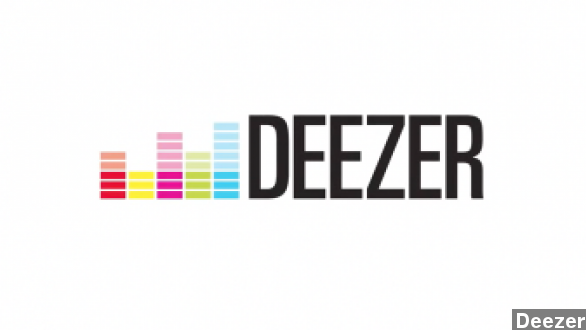 Spotify might have a new, true competitor to worry about. Music-streaming rival Deezer is expanding further into the U.S. with the acquisition of Muve Music.

Muve Music is a streaming service bundled with mobile service Cricket. It has about 2 million subscribers, and it'll soon be rebranded as Deezer for Cricket in the coming months. (Video via PhoneScoop)

Deezer, a French company, wasn't available in the U.S. until last September and since then the company has continued an aggressive push into the country.

And now Deezer says The Muve acquisition makes it the No. 2 streaming service in the U.S. behind Spotify. And the stats suggest that's accurate, at least when counting paid subscribers.

Spotify currently has about 12.5 million subscribers, paying $10 a month.

Deezer already has about 16 million global users, but only about 6 million of which are paying subscribers.

And with the Muve acquisition Deezer gains access to a fresh avenue of customers who will pay $6 a month for that service.

Deezer for Cricket's low cost is part of the company's broader strategy of appealing to specific areas of the market. The company's CEO told Billboard, "The U.S. is a broad market, and there are listeners with many different needs. Most services have gone with a broad offering for all users ... and generally haven't ended up with a lot of subscribers."

It has its high-end service, Deezer Elite, for audiophiles.

And just last month it bought out Stitchr Radio, a podcast and talk radio aggregator.

Regardless, the music streaming business is only getting more competitive. It's one of the only areas in the music industry to be on an uptick. Neilsen reports album sales dropped 11.2 percent last year, while streaming jumped up 54 percent.