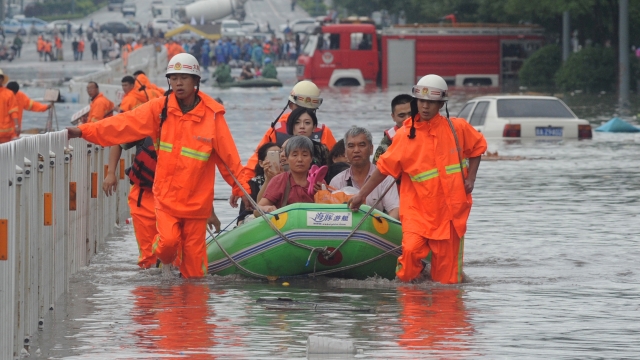 By Samantha Crook
July 23, 2016
The latest round of flooding has killed more than 150 people and affected millions.
SHOW TRANSCRIPT

An estimated 9 million people have been affected by flooding in northern and central China. More than 150 people have died.

Xinhua reports torrential rain in recent days triggered landslides that caused the collapse of tens of thousands of homes. Flooding also wiped out large areas of crops. Estimated losses from the floods are over $2 billion.

Some have blamed persistent flooding on overdevelopment and inadequate infrastructure. An environmental scientist told The Wall Street Journal, "China's urban construction was carried out at too fast a pace."

Flooding has been a serious issue in China for years. In June 2008, flooding in southern China took the lives of more than 50 people and affected millions. And in June 2011, more than 170 people were killed in floods in eastern parts of the country.

In this most recent round of flooding, though, some people complained government officials didn't do all they could to protect people.

This video includes images from Getty Images and clips from CCTV News.