'Deadpool' Shows Marvel Is Ready To Up The Raunch Factor 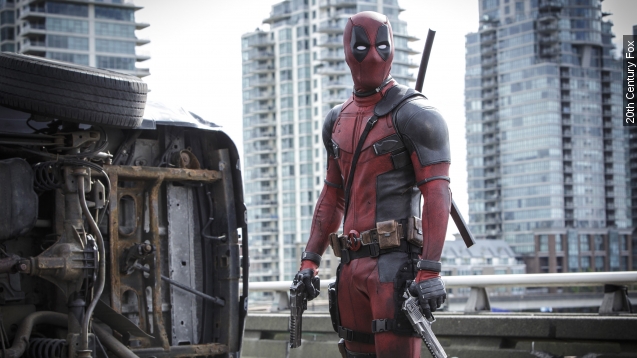 SMS
'Deadpool' Shows Marvel Is Ready To Up The Raunch Factor
By Lexie Hammesfahr
By Lexie Hammesfahr
August 5, 2015
If Ryan Reynold's "Deadpool" is any indication, it seems Marvel and 20th Century Fox aren't afraid to make heroes get dirty when necessary.
SHOW TRANSCRIPT

20th Century Fox's "Deadpool" trailer is officially here, and the "merc with the mouth" definitely does not disappoint.

"And please don't make the supersuit green or animated," Ryan Reynolds jokes in the film.

Reynolds' obvious nod to his "Green Lantern" box office failure is just the first of several inappropriate jokes in the upcoming R-rated film.

And both the rating and the jokes signify a new age — so to speak — of Marvel comic-based movies.

When "Deadpool" lands in theaters, it won't be a watered down version of the comic-book equivalent. The movie will include the sex, swearing and gratuitous violence fans of the books expect.

The raunchy humor in this latest superhero trailer — and the wide praise it has received from fans — is a shift from past attempts to bring humor to comic-book movie first-looks, like in "Guardians of the Galaxy."

In "Guardians of the Galaxy," Chris Pratt's character, Star Lord, gives the audience the finger in the trailer — but it's blurred out.

If the foul-mouthed "Deadpool" trailer is any indication of what to expect, Fox might score big with the upcoming flick, despite the R-rating.

"Its an absolute miracle that a studio let us make a 'Deadpool.' Let alone an R-rated 'Deadpool,'" Reynolds told the Comic-Con audience in the iconic Hall-H.

And Fox seems to have full confidence in this modern-day version of the anti-heroes within the Marvel universe. Like "Deadpool," Channing Tatum's upcoming "Gambit" flick hopes audiences will fall in love with heroes who aren't quite white knights.

This video includes an image from Getty Images. Music by Nicholas Cheung / CC BY NC SA 3.0.