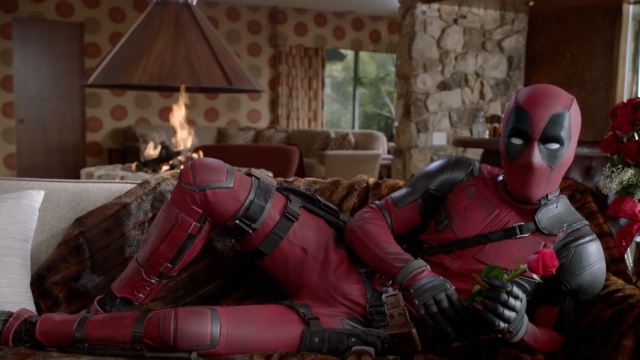 SMS
'Deadpool' Isn't Successful Just Because It's R-Rated
By Cody LaGrow
By Cody LaGrow
February 17, 2016
Some Hollywood writers fear the success of R-rated "Deadpool" will encourage studios to get raunchy with other comic book adaptations.
SHOW TRANSCRIPT

"Deadpool" smashed a slew of records and raked in an unprecedented $132 million during its opening weekend. Its success as an R-rated movie has spurred talk of change to comic book adaptations. It could also be the reason 20th Century Fox revealed it's seeking an R rating for the upcoming "Wolverine" film in 2017.

So is the secret recipe for superhero films to only make them appropriate for those 17 years and older? Probably not.

In 2010, we got a taste of the common-man-turned-marvelous theme. Some say films like "Kick-Ass" and "Super" laid the groundwork for "Deadpool." Though, it's safe to say their box office numbers aren't even in the same ballpark.

If you look at the opening weekends of blockbusters that stayed in the PG-13 safe zone, like "The Avengers," "The Dark Knight" and "Spider-Man," they show R-rated superhero movie tickets are harder to sell.

It could come down to the fact that Deadpool has always been an R-rated character since his 1991 comic book debut. Some say the character's popularity isn't because of a Hollywood studio making a raunchier film, but that the film was true to the antihero portrayed in the comics, which is rare.

And if you think it's just the Ryan Reynolds effect, let's reflect on the flop that was "Green Lantern."