Deadly E. Coli Outbreak Is A Reminder To Wash Your Salad Mix 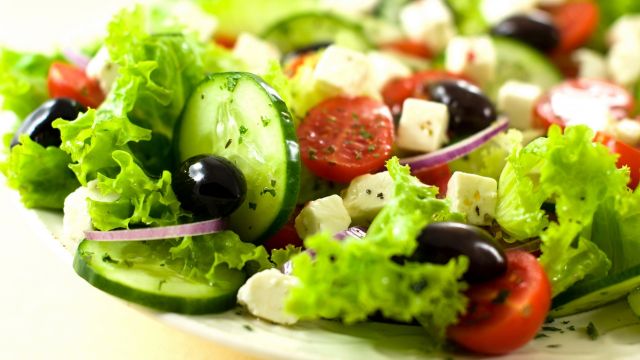 SMS
Deadly E. Coli Outbreak Is A Reminder To Wash Your Salad Mix
By Matt Moreno
By Matt Moreno
July 18, 2016
Health officials in England are urging people to wash their salad after a deadly E. coli outbreak.
SHOW TRANSCRIPT

Health officials in England are reminding people it's a good idea to wash your salad and salad mixes before chowing down — it could honestly save your life.

Public Health England officials say an outbreak of E. coli in salad mix is responsible for the deaths of two people. An additional 150 people are also believed to have been infected by the bacteria.

Officials are telling people in England to be especially cautious of "rocket leaves," more commonly known as arugula.

Dr. Isobel Oliver from PHE said, "As an additional precautionary measure, we have advised a small number of wholesalers to cease adding some imported rocket leaves to their mixed salad products pending further investigations."

Giving your salad a quick rinse before consuming is highly recommended, as the leafy greens could be carriers of various bacteria like E. coli and listeria.

Even prepackaged salads can have these issues. In January, Dole recalled six brands of packaged salads after a listeria outbreak was blamed for the death of one person. Several others reportedly fell ill from the mixes, too.

The California Department of Public Health advises, "If the product is not labeled 'washed,' 'triple washed' or 'ready-to-eat,' the product needs to be washed before consumption."

U.S. consumers shouldn't be too worried about this specific E. coli outbreak. Roughly 98 percent of leaf lettuce consumed in the U.S. is grown in California and Arizona.

Health officials in England believe this outbreak came from lettuce from the Mediterranean.

This video includes a clip from Markon Cooperative and an image from Sonny Abesamis / CC BY 2.0.