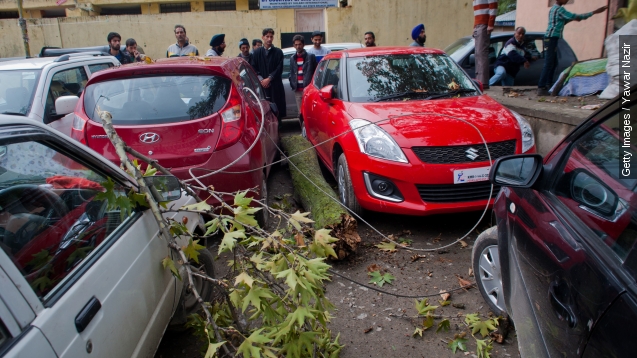 At least 263 people are dead after a magnitude-7.5 earthquake struck Afghanistan and Pakistan.

Among the victims were 12 girls killed in a stampede as they tried to escape their school in northeastern Afghanistan.

The earthquake took out communication lines, so news from the area has been sparse. Reports say the ground shook for nearly a minute as locals poured into the streets and waited for it to stop. (Video via NDTV)

The region sits atop an area where the Indian and Eurasian tectonic plates converge, sometimes causing devastating earthquakes.

In Nepal, which borders Afghanistan, about 8,700 people died earlier this year in the country's worst earthquake in 80 years.