Deadliest January Ever For Refugees, Migrants On The Mediterranean 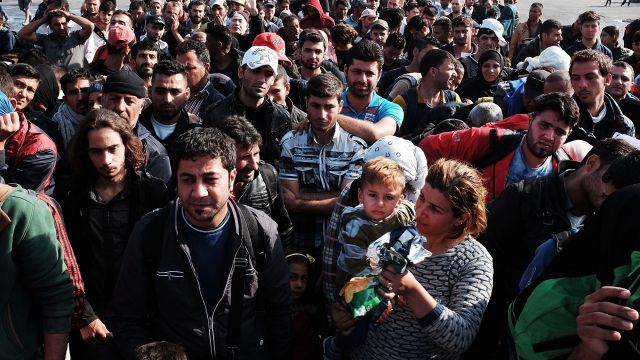 This is already the deadliest January ever for refugees and migrants on the Mediterranean Sea with more than 100 dead since the start of the year.

At least 42 people, including more than a dozen children, died Friday in shipwrecks near Greece. (Video via BBC)

And according to a report from the International Organization for Migration, or IOM, most refugees are bound for Greece, a main entryway to Europe. This January, about 21 times more people have entered the country than this time last year. (Video via The Guardian)

The IOM says in just three weeks, at least 113 people have died out of the roughly 37,000 arriving on the shores of Italy and Greece; that means about 1,800 refugees are trying to reach these ports every day.

And to help relocate migrants and refugees, the U.S. is asking for more money from international funds. Secretary of State John Kerry said on Friday he hoped an increase of $3 billion would ease the crisis.

"To increase by 30 percent the response to humanitarian funding appeals," Kerry said. (Video via U.S. Department of State)

The U.S. is reportedly planning on putting more funds toward refugee resettlement, although a figure hasn't been announced. (Video via United Nations)

This video includes images from Getty Images and the International Organization for Migration.