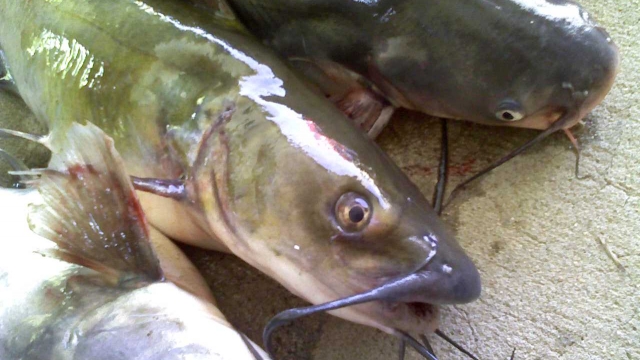 SMS
Dead Catfish Found In Florida Woman's Mailbox
By Ryan Biek
By Ryan Biek
February 3, 2016
A Florida woman says it might have just been a prank but also worries that more serious crimes may follow.
SHOW TRANSCRIPT

A Florida woman was stunned when her mailman showed up at her door Monday morning, claiming a catfish was in her mailbox. Now, she wants to know if it's a misguided prank or something she should be more worried about.

"I have no idea why somebody would want to do that. And why a catfish — why a fish in a mailbox at all?" Fertic told WKMG.

Maddison Fertic told WOFL the foot-long fish was dead but still wet when she looked inside her mailbox.

According to WKMG, two similar incidents have been posted on a Facebook page for the county this week.

"It's just a fish in my mailbox now, but is something going to happen in the future where someone throws a brick through my window eventually?" Fertic told WOFL.

Fertic said she believes it could just be kids playing pranks but also worries it could escalate into bigger crimes. She plans to file a police report.