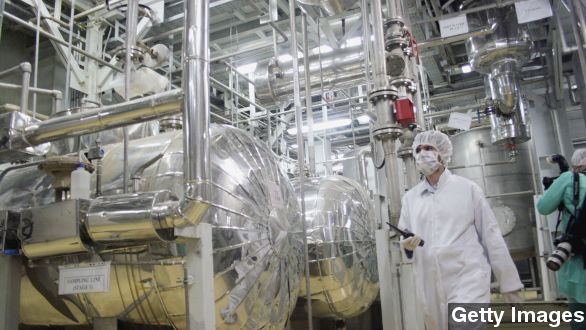 Developing nukes is one thing.

But creating a device that can detect dead bodies from a mile away? Now, that’s ambitious.

At least that’s the claim from Iran’s state run-news agency, which spoke with an Iranian inventor who says his new radar tracker can “detect drugs, explosives, bodies alive and dead under the rubble, addictive drugs and alcoholic beverages.”

The device can even determine the degree of addiction inside an addict’s body — impressive. Now, we’d love to give Iran the benefit of the doubt on this one, but the thing is, the country’s propaganda machine has a tendency to dabble in the absurd.

And who could forget the time an Iranian scientist said he’d built a time machine that could predict the future with 98 percent accuracy.

“Great Scott!” (Video via Universal Pictures / “Back To The Future”)

Oh, and experts still doubt whether Iran launched a monkey into space, as it claimed to. (Video via Channel 4)

“We do not have any way to confirm this, with regard to the primate,” said former U.S. State Department spokesperson Victoria Nuland.

And, as it turns out, the Islamic Republic also has an affinity for Photoshop.

Back in 2008, Iran’s Revolutionary Guard released this photo of its missile test, but foreign reporters noticed it had made a teensy tweak, which The New York Times illustrates here: an additional missile casually copy-and-pasted in.

With all that in mind, the new dead body tracker seems nice, but what Iran could really use is a lie detector.