Opioid Production In The US Is About To Go Way Down 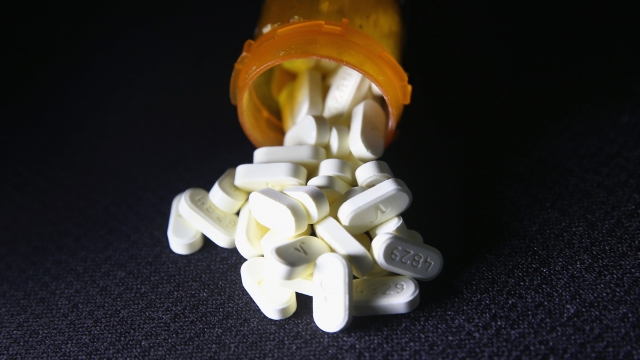 By Lindsey Pulse
October 6, 2016
A government health agency reports more people died from overdoses in 2014 than any other year and over 60 percent of those deaths were from opioids.
SHOW TRANSCRIPT

The Drug Enforcement Administration ordered a cut on the production of opioid medications for 2017.

Pain medications like oxycodone will be reduced by at least a fourth, and some drugs — like hydrocodone — will be cut even more.

The move comes after the DEA's ban on kratom went into effect. Kratom is a plant that people addicted to opioids have used to wean themselves off hardcore drugs. It's been moved to the Schedule I list with other drugs, like heroin, LSD, MDMA and marijuana.

There are a couple reasons for the decreases. The DEA oversees all drug production in the U.S., and says recently, there just hasn't been as much demand for the prescription painkillers.

The DEA is also trying to preserve the current supply. From 2013 to 2016, the DEA reportedly ordered an increase in production so there was a buffer in case of a shortage.

Another reason: the spike in drug-related deaths over the last couple years. The Centers for Disease Control and Prevention reports more people died from overdoses in 2014 than any other year on record. A majority of those deaths were from opioids.

But the U.S. government isn't alone in it's quest to curb drug addiction. Last month, the Canadian government announced it would prescribe pharmaceutical grade heroin to help patients addicted to the drug who haven't responded to other treatments.

Despite the public health crisis, many aren't sold on the DEA's decision. One expert told The Guardian this legislation might have helped 10 to 15 years ago but that the rate of opioid consumption is so high now, the move is "too little, too late."