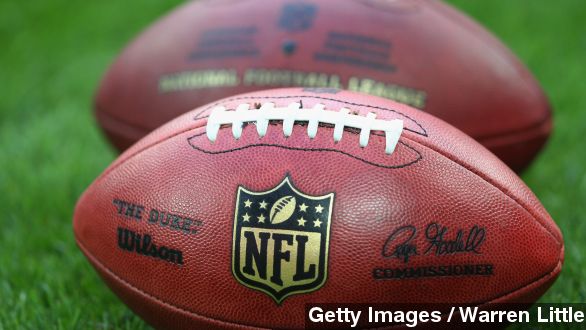 In an unexpected move Sunday, federal agents swooped in to investigate several visiting NFL teams to see if their training staffs broke any laws when handing out prescription drugs to players.

A Drug Enforcement Administration official told ESPN's "Outside the Lines" the probe stems from a lawsuit filed by NFL players last year which claims, "Team physicians and trainers routinely gave them painkillers in an illegal manner to mask injuries and keep them on the field."

Officials also say the agency has a responsibility under the Controlled Substances Act to make sure teams are prescribing drugs only in legal ways.

THE WASHINGTON POST: "By law, only a physician can handle and dispense controlled narcotics. There is some evidence to suggest that in the NFL that's violated fairly frequently."

The DEA reportedly raided the medical staffs of three teams: the San Francisco 49ers, the Seattle Seahawks and the Tampa Bay Buccaneers. But the raids appear to be part of a spot-check on the league as a whole and not based on any specific wrongdoing by those teams.

All three of those teams were visitors playing against out-of-state opponents Sunday, which ESPN's John Barr says is a key factor in the investigation.

ESPN REPORTER JOHN BARR: "It's not legal for out-of-state doctors to transport and distribute prescription painkillers ... where they're not registered to do so."

Still, one official is quoted in ESPN as saying there's been "no information to indicate that irregularities were found" and a sports writer for CBS says the DEA hasn't filed any charges — at least for now.

CBS: "DEA spokesman Rusty Payne confirmed for me ... this isn't a criminal investigation. They're gathering information, but he would not speculate as to future charges could be pending if any of these doctors or medical people have indeed broken the law."

The lawsuit that sparked the investigation was filed by more than 1,000 former NFL players last year, including several members of the legendary Chicago Bears 1985 championship team.

Some of the players claim they were told to play through injuries, becoming addicted to the drugs they used to fight the pain, and that the practice caused serious harm to their long-term health.