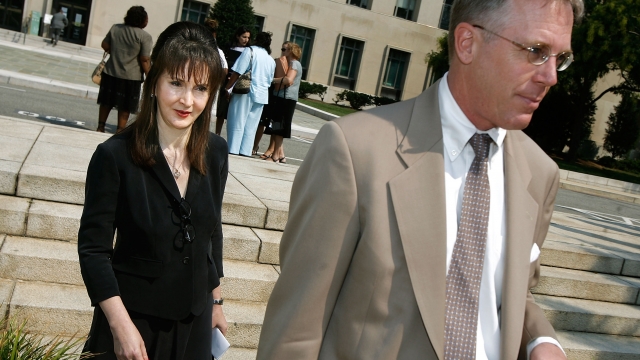 WTOP obtained a court filing from Montgomery Blair Sibley that lists more than 100 entities that called up Palfrey's business, Pamela Martin & Associates. Some of those entities include the Archidiocese of Washington, a public school system, the FBI, and other military and government organizations. No individuals are listed.

It's important to note that the list doesn't mean that individuals within those organization did anything wrong or even patronized Palfrey's service, but the implication is there, and Sibley has said before, "Those records contain information relevant to the upcoming presidential election."

Sibley says he's been under court order since 2007, preventing him from releasing those records. That was the same year Sibley began representing Palfrey after she was accused of money laundering and prostitution.

Palfrey committed suicide in 2008 after being convicted of money laundering and racketeering.

It's uncertain exactly how or if the information Sibley is teasing will affect this year's general election. According to WTOP, Sibley has said he's not releasing individual names — yet.