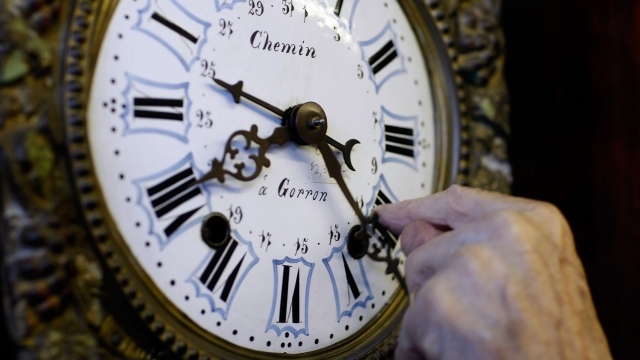 SMS
Daylight Saving Time Is Good For Sleep But May Be Bad For Your Brain
By Lindsey Pulse
By Lindsey Pulse
November 4, 2016
Researchers found setting the clock back for winter led to a spike in depression for some people.
SHOW TRANSCRIPT

Getting an extra hour of sleep may sound nice, but the benefits of the end of daylight saving time might not go much further than that.

Scientists have known for quite some time that changing clocks in March can lead to an increased risk of strokes and heart attacks. But there wasn't a lot of concrete evidence that showed the transition back could have adverse effects — until now.

Looking at data from psychiatric hospitals in Denmark, researchers found that rates of depression jumped 11 percent when people set their clocks back to standard time for the winter.

Researchers from Stanford University, Aarhus University and the University of Copenhagen analyzed more than 185,000 patients from 1995 to 2012. They found depression rates increased when daylight saving time ended, then slowly went down after 10 weeks.

SEE MORE: Do You Know How Much Sleep Kids Actually Need?

The transition back to standard time means daylight ends earlier. And that hour of difference might explain — at least in part — why so many people experience mood changes when we push our clocks back.

It's especially true for those already prone to depression.

Sunlight has major effects on the brain — it can increase serotonin and help reverse the effects of seasonal depression. Gaining an hour in the morning doesn't counteract losing one in the afternoon.

A seasonal depression expert pointed out time spent up in the morning is often inside and away from the sun, while time in the afternoon is more likely spent outside.

In order to combat the effects of daylight saving time, the researchers suggest maximizing light by getting outside during the morning or opening curtains to let in the sun.