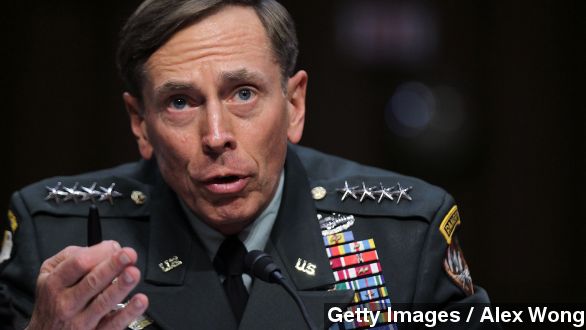 One of the military’s most decorated soldiers could face criminal charges.

“The president only learned of the scandal after returning to the White House.”

“He tendered his resignation.”

The scandal surrounding David Petraeus stunned Washington and ultimately cost the former CIA director his job back in 2012.

Ever since, Petraeus has been under investigation for passing secret U.S. government information to this woman — Paula Broadwell. (Video via U.S. Department of Defense)

Broadwell was not only his biographer but former mistress. Investigators had previously searched her home and found classified documents on her computer. (Video via CBS)

They’re trying to figure out how she got her hands on them. For his part, Petraeus admitted to the affair with Broadwell but has always maintained he never passed any secret information to her.

The New York Times is now reporting he could go to prison, if the feds can prove otherwise. The paper reports it’s up to outgoing Attorney General Eric Holder to decide whether to pursue charges against Petraeus.

So far, no word from the Justice Department or Holder. And the lawyer for Petraeus hasn’t commented either but the Times notes Petraeus has in the past indicated he's not interested in a plea deal, even though that would spare him from what would almost certainly be an embarrassing trial.

Once considered a possible presidential candidate, the four-star Army general oversaw the troop surge in Iraq. He now teaches and does consulting. (Video via Aspen Institute)