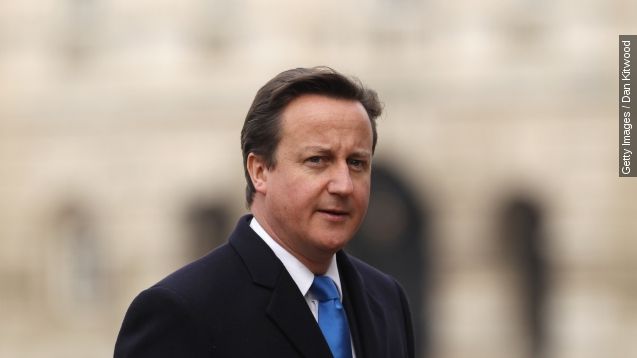 SMS
David Cameron Says BBC Use Of 'Islamic State' Causes Muslims 'Despair'
By Ryan Biek
By Ryan Biek
January 18, 2016
This is not the first time the British prime minister has requested the BBC use the term "Daesh" instead.
SHOW TRANSCRIPT

British Prime Minister David Cameron and a BBC Radio presenter butted heads Monday over the use of the term "Islamic State" instead of "Daesh."

Cameron said Muslims will "despair" at the BBC's choice of words. His interviewer, Sarah Montague, said that was a decision for the BBC's upper echelons.

Cameron himself only officially switched to "Daesh" in December, though he's requested the BBC follow suit before.

"Because, frankly, this evil death cult is neither a true representation of Islam, nor is it a state," Cameron said in December. (Video via The Guardian)

Daesh is an acronym of the group's full Arabic name, but also a play on words.

According to a widely cited Boston Globe article, depending on how Daesh is conjugated, it can mean "a bigot who imposes his view on others."

That jab is one reason the BBC refused a previous demand by members of Parliament that they use Daesh, saying doing so would compromise their impartiality.