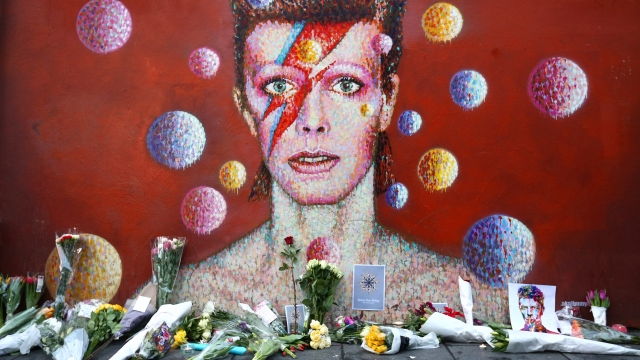 SMS
David Bowie Wanted A Buddhist Cremation And Ashes Scattered In Bali
By Samantha Crook
By Samantha Crook
January 30, 2016
David Bowie's will was filed this week. It outlines how his estate was divided among his loved ones and how he wanted to be cremated.
SHOW TRANSCRIPT

David Bowie's will was filed this week, with details on where his estimated $100 million estate will go and his wishes for his remains.

The iconic musician died of cancer in early January at age 69.

According to reports, Bowie left about half of that $100 million estate to his widow, model Iman.

And he left about a quarter of his estate to each of his children, including his son, film director Duncan Jones.

For his remains, the will specified that he be cremated in Bali "in accordance with the Buddhist rituals" there.

Bowie had an interest in Buddhism throughout his life. But the will also said if cremation in Bali wasn't "practical" to still scatter his ashes there.

According to the death certificate filed with the document, he was cremated in New Jersey in early January.