Dartmouth Cracks Down On Student Drinking And Greek Life 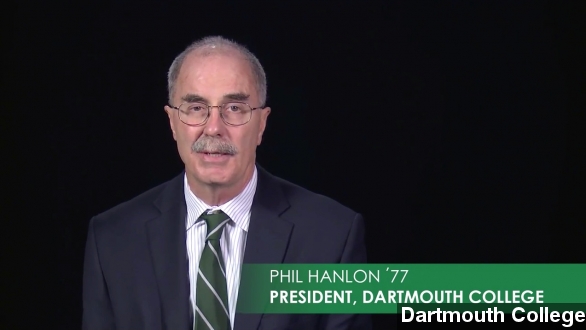 Over the past few years, Dartmouth College has received a great deal of backlash from both the student body and national critics.

There've been jaw-dropping testaments about Greek life: "A lot of drinking, a lot of hazing. Things like chugging vinegar, swimming in a kiddie pool of what we were told were bodily fluids."

And a number of rape allegations on campus, which helped spark this announcement from college president Phil Hanlon Thursday.

Hanlon said, "We will move forward aggressively with a new housing model ...  a ban on hard alcohol at campus events. ... Fraternities and sororities will need to live under tougher rules."

In May 2013, Dartmouth became one of 95 colleges and universities around the country being probed by federal civil rights investigators over its handling of sexual assault reports.

During his statement, Hanlon claimed the hard alcohol ban will help promote a "safer and healthier campus environment."

MSNBC host Al Sharpton implied the booze ban, which will be implemented in the spring, is also a step to help fight sexual assault on campus.

But in defense of the new Dartmouth policies, Hanlon did outline a strict program that is directly meant to combat the issue of sexual violence.

Now, as far as the new housing program, which will begin in the fall, it will require students be assigned to a specific dorm where they will live throughout the remainder of their college career. This change is an effort to foster further "inclusivity."

Other reforms to Greek life include doing away with pledging. That's the introductory period before a student becomes a full member — and the time they're most likely to be hazed.

According to The New York Times, "The Greek houses tend to dominate Dartmouth social life; more than half of the students join a fraternity or sorority, and other spaces for social events are severely limited."

The new policies at Dartmouth were recommended by a committee created by Hanlon after he vowed "enough is enough" last April, saying it was time for change.

This video includes images from Getty Images and Kane5187.