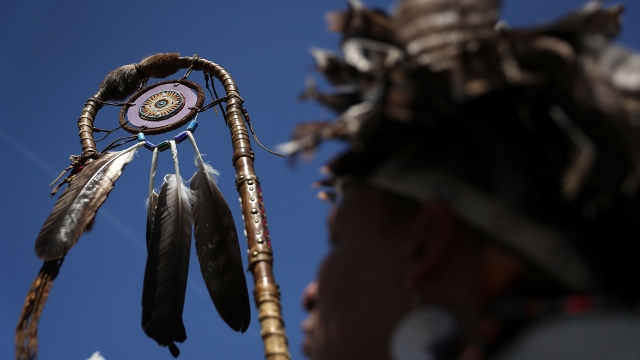 SMS
Key DAPL Construction Waits On Talks With Standing Rock Tribe
By Ryan Biek
By Ryan Biek
November 15, 2016
The Army Corps of Engineers said it needs more discussion with the tribe before it permits a key part of the Dakota Access Pipeline construction.
SHOW TRANSCRIPT

The Army Corps of Engineers said Monday more discussions with the Standing Rock Sioux Tribe are needed before it can greenlight the Dakota Access Pipeline.

Energy Transfer Partners was originally given permits for the oil pipeline by the Army Corps, but since September, ETP has been waiting to drill under Lake Oahe –– a reservoir on the Missouri River.

Part of Lake Oahe is within the tribe's reservation. Because of that, ETP needs the Army Corps' permission to cross the tribe's property.

Construction is already finished on both sides of the lake.

The Army Corps wants to discuss reducing the risk of an oil spill with the tribe. The Corps didn't give a timetable for a final decision.

The Standing Rock Tribe argues the pipeline threatens its water supply, while ETP argues the tribe's fears of a pipeline break are unfounded.