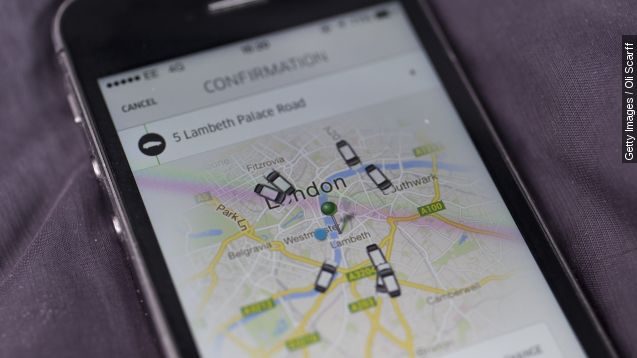 SMS
Dallas Uber Rep Apologizes After Passenger Assaulted
By Samantha Crook
By Samantha Crook
August 8, 2015
Uber has apologized for a mistake that led to a passenger's sexual assault, a surprisingly appropriate response given the company's poor PR.
SHOW TRANSCRIPT

Uber has apologized for flubbing a background check on a driver accused of sexually assaulting a passenger. (Video via WPTV) (Video via Uber)

The driver registered for Uber using a fake license and didn't undergo the proper background checks, according to an internal investigation reported by WFAA.

An Uber rep admitted the company failed to follow procedures and said it would be making changes to the Dallas Uber's safety policies. (Video via Uber)

This stands out from the company's less-than-stellar track record with apologies. (Video via Uber)

Uber's CEO clumsily tried to clean up the company's image after an Uber executive suggested it should "dig up dirt" on journalists reporting on the company missteps. (Video via Bloomberg)

Uber's PR has gotten so bad, it's almost become a punchline. (Video via Funny or Die)

"By hiring only rapist, we eliminate all the guess work as to whether or not you're safe on your Uber ride. You're definitely not," said a Funny or Die actor.