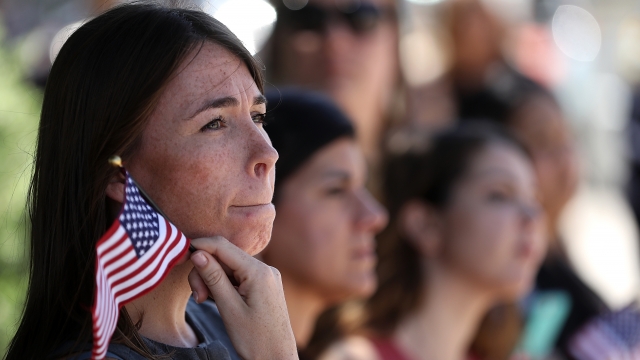 On Saturday, the city of Dallas laid to rest the last of five officers killed by a sniper more than a week ago.

Throughout the past week, the city seemed to stop for moments at a time to say goodbye and thank you to Sgt. Michael Smith, Dart Officer Brent Thompson, Senior Cpl. Lorne Ahrens, Officer Michael Krol and Officer Patrick Zamarripa.

Officers from across the country and the world traveled to Dallas to pay their respects to their brothers in blue.

Dozens of armed forces personnel also traveled to the city to salute the officers — some of whom served in the U.S. Army or U.S. Navy.

Friends and family packed churches and community centers to honor the fallen.

And complete strangers stopped on roadsides and overpasses to show their appreciation for the officers' sacrifice.