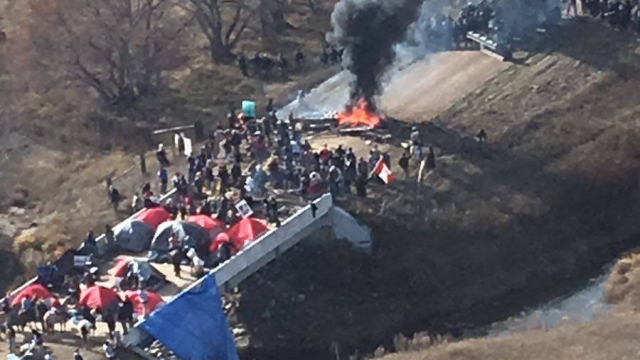 SMS
Tensions Continue To Rise At Dakota Access Pipeline Protests
By Melissa Prax
By Melissa Prax
October 27, 2016
Demonstrators blocked off a main road by camping out and protesting.
SHOW TRANSCRIPT

There have been protests near the construction site for months, but lately it's gotten more heated.

The National Guard stepped in to back up local police.

Over 100 people were arrested at the end of October. That's the most arrests at one time during the camp outs.

And there's been violence, like police brutality. Guards used dogs to attack protesters.

And police repeatedly shot down a drone as it recorded footage.

Demonstrators are protesting and camping out on a main road — blocking it off.

"They were also advised that they can't be blocking state highways. They cannot be trespassing," a Morton County sheriff said.