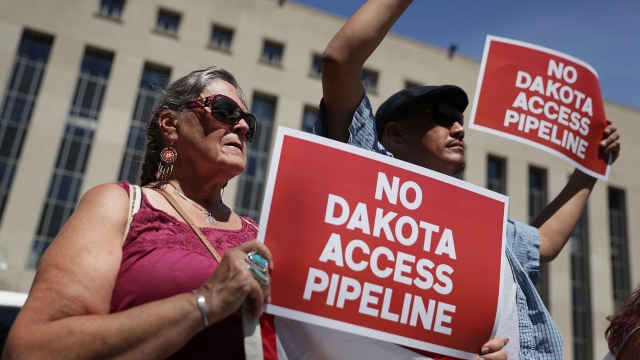 The Dakota Access Pipeline standoff could be coming to a head.

The U.S. Army Corps of Engineers said everyone camped near the Cannonball River in North Dakota must leave by Dec. 5 or face arrest. It cited public safety — including harsh winter conditions and violent incidents — as the reason for the order.

But the protesters don't seem likely to leave. The chairman of the Standing Rock Sioux Tribe said in a statement, "Our Tribe is deeply disappointed in this decision by the United States, but our resolve to protect our water is stronger than ever."

Members of the tribe are concerned the $3.8 billion pipeline project could leak oil into their water supply. They also say the project is desecrating some of their sacred lands.

The standoff between protesters and authorities has grown more confrontational as of late, with some protesters reporting they've been hit with nonlethal bullets, tear gas and water hoses while temperatures were below freezing.