Daily Aspirin Gets Another Backer, Despite Concerns 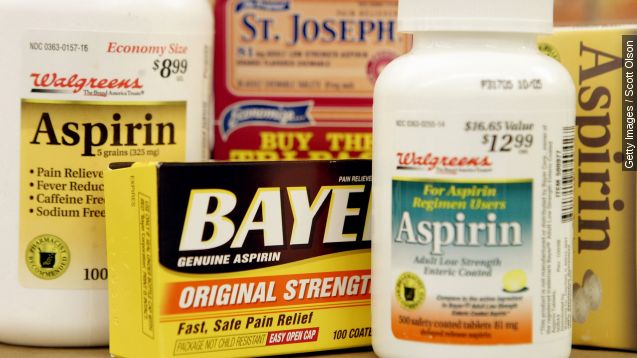 New recommendations from a federal group say an aspirin a day may help prevent colorectal cancer, strokes and heart attacks.

Not everyone is excited about the U.S. Preventative Task Force's suggestion, though. Even a low-dose of daily aspirin can lead to internal bleeding and other health complications.

In 2014 the FDA published a report saying it's not a good idea to use aspirin as the primary tool to prevent a heart attack or stroke. Studies show there's an increased risk of bleeding for long-term aspirin users. (Video via 5News)

"This issue here is why, why? It's a baby aspirin. What's the big deal? It's 81 miligrams a day. Well, it's not necessarily a benign intervention. People can have GI bleeds or an ulcer that bleeds," Dr. Natalie Azar said on "Today."

Using aspirin to prevent colorectal cancer and heart disease definitely isn't for everyone. The task force says for the best results, you need to have not had a heart attack before, not have a risk for increased bleeding and be able to take the daily dose for at least 10 years.

The task force has made controversial recommendations before. In 2009, the task force suggested women should wait until age 50 to start getting regular mammograms. (Video via WLOS)

The daily aspirin suggestion is in draft form, so it's open for comment until October.