Dad Reminds His Daughter's Boyfriend Who Is Boss 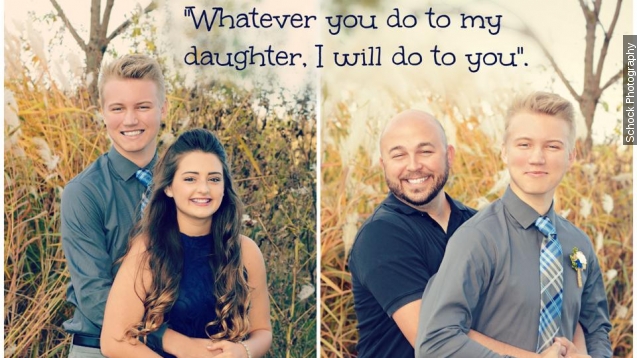 It's immediately clear what's wrong with this picture. The man on the left is clearly underdressed.

We'll show you the entire image. Wisconsin photographer Sharee Schock, who is also the mom of the 15-year-old girl in the picture, was taking photos for homecoming.

Schock told BuzzFeed her husband said jokingly that "he would do to the boyfriend whatever was done to our daughter."

And, apparently during the photo shoot, he couldn't help but keep that promise.

And maybe that boyfriend realized just how serious her pop was. Notice the boyfriend doesn't have a hand on her in this pic?