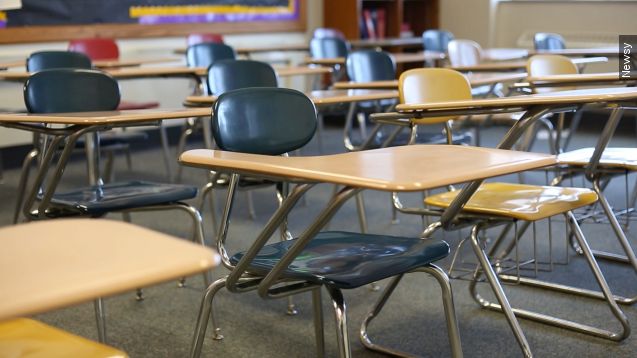 SMS
Dad Instagrams Hilarious Late Notes To Keep His Kids On Time
By Matt Picht
By Matt Picht
October 17, 2015
Seth King wants his kids to get to school on time. So every time he has to write a late note, he writes up a wild excuse and posts it to Instagram.
SHOW TRANSCRIPT

As a parent, the ability to get your child out of trouble for school tardiness with a late note is an important and noble responsibility. Late notes are typically reserved for only the most serious interruptions: dentist appointments, visits to the doctor, and the occasional hectic morning at home.

Or, you could do what Seth King does and write out long notes detailing the absurdly over-the-top reasons why your children were late to school. And then post those notes on Instagram.

Here's a brief sample: "Please excuse Isabella for her tardiness. We, as a family, had a difficult time this morning casting roles for our 2 a.m. production of 'The Sound of Music.' She wanted the role of Captain Von Trap, and clearly she would be a better Brigita." Artistes, right?

The excuses are inventive and wide-ranging; his notes include a brief analysis of the Republican debate, a takedown of Columbus Day, a sales pitch for Manny Pacquiao-themed band-aids and something called a "frogicorn."

King has been posting his amazing notes on Instagram for about a year, and they've received rave reviews. His kids apparently are less enthusiastic about the practice; he told The Huffington Post his oldest daughter, finds the notes somewhat embarrassing.

King explained to NBC, "It got to a point where I also wanted my kids to understand the shame they should be feeling for being tardy. ... I think preparing them for a life of public shaming and consequences early on is probably a good thing. At the same time, I let them know that they're loved, they're cared for, and I've got their back."

Of course, if the kids do clean up their act, that would mean no more late notes. So ... maybe a little tardiness now and again isn't such a bad thing? Sorry, Mr. King.