'Dabbing' Is More Than A Poorly Executed Dance 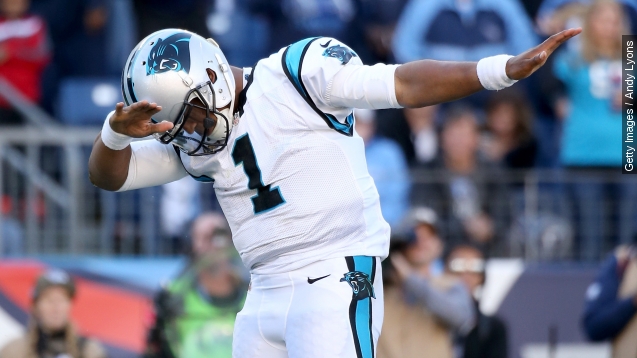 SMS
'Dabbing' Is More Than A Poorly Executed Dance
By Christian Bryant
By Christian Bryant
November 23, 2015
Everyone is "dabbing" thanks to Panthers QB Cam Newton's end-zone antics. But it's more than a dance. Just ask the guys who came up with the term.
SHOW TRANSCRIPT

"They actually call it the dab," WFMY's Liz Crawford said.

News anchors are doing it.

"So, it's like you're dancing all of a sudden and then you just dab," WTXF's Alex Holley said.

Paul Finebaum is ... doing something.

But dabbing is more than just a poorly executed dance. Just ask the guys who did it first. (Video via Atlantic / Migos)

"The dab been around for about two years already," said Quavo from the rap group Migos.

"It's just ... how you move. If you clean or not," rapper Skippa Da Flippa said.

"When you put your favorite outfit on ... you dabbing at that moment, gangsta. You feel what I'm saying? That's dabbing," rapper PeeWee Longway said.

"Dabbing is a way of fasion," Quavo said.

"Dabbing is a way of fashion. Y'all changed it to a dance," said Takeoff from Migos.

One last thing: The dance isn't that hard.