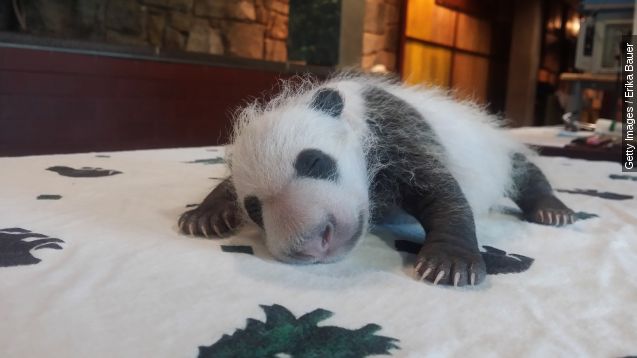 The Obamas have been pretty busy entertaining guests this week. First the pope and now the president and the first lady of China. (Videos via the White House)

And while the men have quite a bit to discuss, the wives slipped out to name a panda.

Meet Bei Bei. He's the adorable panda cub born at the National Zoo in late August. And until now, he was nameless. (Video via Smithsonian's National Zoo)

Traditionally Chinese parents wait 100 days to name their children. No word on whether pandas typically follow that same tradition, so no broken rules here. (Video via Smithsonian's National Zoo)

Michelle Obama and Madame Peng Liyuan chose the name based on a list of suggestions from officials from China and the zoo.

The zoo's director told The Washington Post, "It's a very exciting day because it celebrates more than four decades of research and success on the giant panda, and to have it recognized by the two first ladies is an honor."

Meanwhile, President Obama and China's President Xi Jinping are getting on with the arguably less important matters of cybersecurity, trade, climate change and all that other stuff.