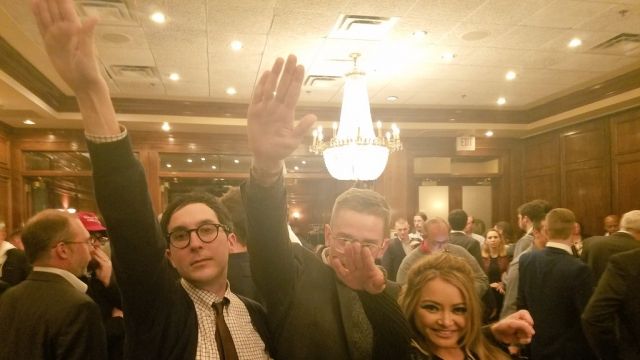 On its Facebook page, Maggiano's Little Italy said it wasn't aware it was hosting the alt-right National Policy Institute. The restaurant said the reservation was made at the last minute under a different name.

After the event, an attendee's tweet appeared to show a "heil Hitler" salute, which Maggiano's called "extremely offensive."

The National Policy Institute made headlines the next day for remarks made during a conference.

"America was, until this past generation, a white country designed for ourselves and our posterity," the president and director of the National Policy Institute said during a meeting Saturday.

Maggiano's added it will donate $10,000 in profits from that Friday night to the Anti-Defamation League –– a Jewish-based organization that combats hateful speech.