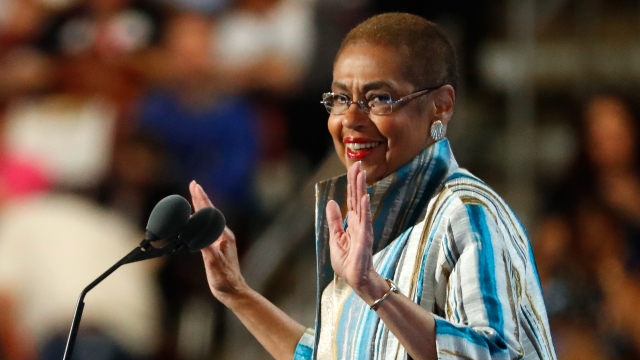 "What is most frustrating to me as the member who represents this city in the Congress is that most Americans think we have the same rights they do," said U.S. Rep. Eleanor Holmes Norton.

D.C. Democrats voted in their primary Tuesday. It's the last one of the 2016 elections.

Hillary Clinton and Bernie Sanders called for D.C.'s statehood before the primary.

Vermont and Wyoming have smaller populations than D.C.

And D.C. has one of the highest rates of federal tax per capita.

But D.C. isn't a state, so it doesn't have voting representation in the House or Senate.

D.C.'s mayor called for a citywide vote on statehood in November to try to push the issue before Congress.