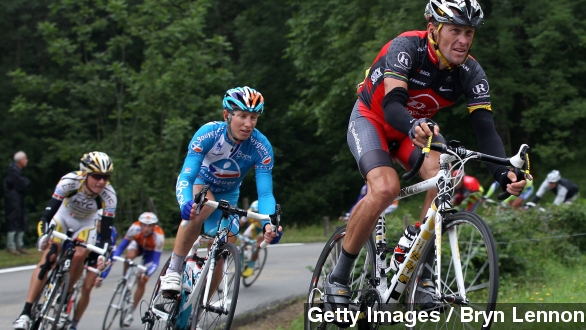 The 227-page document by the Cycling Independent Reform Commission accuses the International Cycling Union — known as UCI — of neglecting its own rules and not providing enough transparency concerning its drug policies.

In particular, it blasted two former UCI presidents for not doing enough to stop its doping culture.

The CIRC interviewed 174 UCI officials, cyclists and other affiliated people. In its analysis of the period from 1992-2006, the report says, "Not only did UCI leadership publicly disregard the magnitude of the problem, but the policies put in place to combat doping were inadequate."

The assessment also blames officials for going to great lengths to specifically protect Armstrong from doping investigations because his star power meant so much to the sport.

"If you took me back to 1995, when it was completely and totally pervasive, I'd probably do it again," Armstrong told BBC.

At the same time, it says Armstrong's life-time ban "can hardly be justified" because other cyclists who took PEDs received lesser punishment.

The commission was actually set up by UCI's current president in hopes it would help fend off cycling's drug problem and ultimately provide greater transparency. But, according to the report, the sport still has an uphill battle to climb.

Many of those surveyed say PED use hasn't really gone away and that offenders are simply using sneakier methods to avoid detection.

"The biggest concern today is that ... dopers have moved on to micro-dosing in a controlled manner that keeps their blood parameters constant and enables them to avoid detection."

What that means is some cyclists are allegedly taking smaller amounts at higher frequencies to fly under the radar.

The CIRC also laid out a sweeping list of recommendations. They include harsher punishments for doctors who violate drug policy, stopping public shaming from anti-doping groups and having better cohesion between the UCI and governments during drug investigations.