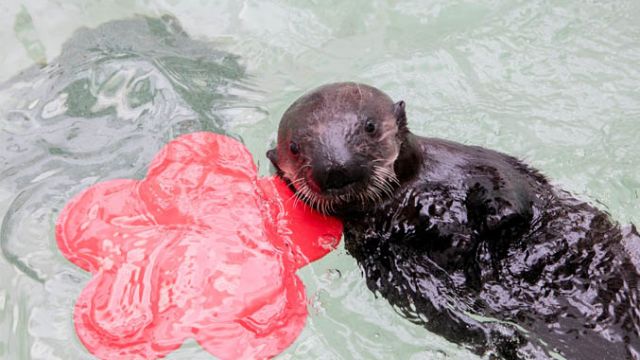 The baby southern sea otter was found alone off the coast of California in early January. Experts think a strong swell caused by El Niño separated the pup from her mom. She was rescued by the Sea Otter Program team from the Monterey Bay Aquarium.

With no surrogate mother available to take the little pup in, she was in need of a new home, and the Shedd Aquarium in Chicago stepped in to help.

The cute, furry orphan, now known as Pup 719, made the big move from California a few weeks after her rescue. Animal experts estimate she's about 10 weeks old, and a team of employees is helping her learn everything she needs to know to grow up to be a great sea otter citizen.

The little pup is prompting plenty of excitement and now even has her own Twitter hashtag.