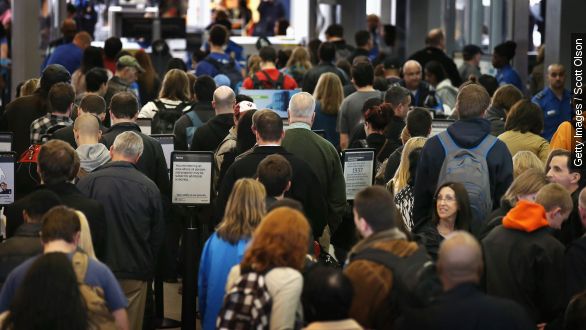 Airlines across the board have a had pretty great year. From the price of oil falling to record numbers of passengers flying, the airline industry has had a solid several months.

Unfortunately for passengers, though, they're not feeling that good fortune trickle down. That's according to Wichita State University's Airline Quality Rating, which measures customer satisfaction with different airlines. The report is based on public information collected by the U.S. Department of Transportation in its monthly Air Travel Consumer Report.

That's a far cry from 2013's report, which showed improvement in two of the four major areas and was the highest overall rating the airline industry earned in the report's more than 20-year history.

The lowest quality airline goes to American Eagle, soon to be known as Envoy Air. Envoy stole the worst airline title this year from United Airlines. (Video via The City of Irving, Texas)

As for why the drop in quality across the industry, the report's authors suggest it has to do with a surge in airline mergers and acquisitions:

"Airline mergers and consolidations are taking a systemic toll that is bad for consumers. … Performance by the airlines is slipping while they claimed this would make them better." (Video via American Airlines)

Companies like American, United and Southwest are all dealing with their respective mergers and acquisitions. This is the lowest overall quality rating the airline industry has seen since 2008.

This video includes images from Nathaniel C. / CC by NC 2.0.