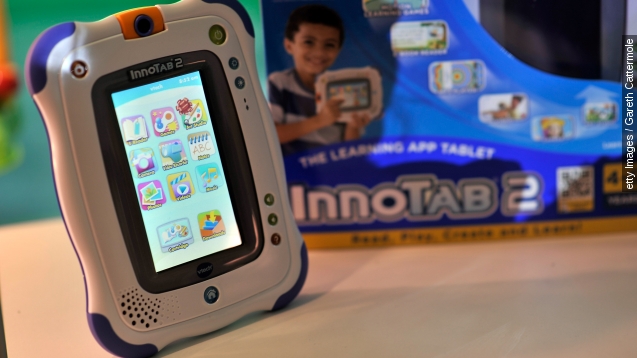 VTech, the kids toymaker, says it suffered a data breach in its Learning Lodge app store database on Nov. 14. The Learning Lodge is used to download content like games to VTech devices. (Video via VTech Holdings Limited)

The company released a statement and said as soon as it discovered the unauthorized access, it began an investigation. The company hasn't said how many customers have been impacted. (Video via VTech Holdings Limited)

But Motherboard reports the breach includes information from 4.8 million parents and 200,000 children.

VTech stresses its customer database doesn't include any credit card information or social security numbers. It does, however, include personal information like names, passwords and even customer's mailing addresses. (Video via VTech Holdings Limited)

V-Tech says its investigation is ongoing and that they've put up "measures to defend against further attacks."