Curb Your Disappointment: Larry David Is Returning To HBO 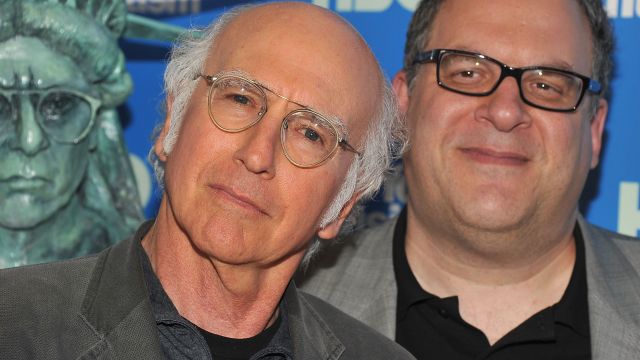 Oh, how we've missed you, Larry. And apparently HBO has missed you, too. On Tuesday, the cable TV network announced "Curb Your Enthusiasm" is coming back to HBO for a ninth season.

It's been nearly five years since we last saw HBO's version of Larry David complaining his way through life, but since then, the Seinfeld co-creator has hinted at a return for the popular show.

"Is 'Curb' coming back?" a reporter for Extra asked.

"Curb" ran on HBO for eight seasons and 80 episodes. It was nominated for 39 Primetime Emmy Awards and is HBO's longest-running scripted comedy or drama series.

The comedy received major critical praise for its writing but also for the lack of writing — much of the dialogue is improvisation by the actors.

As for why David returned or why he left, he didn't provide much enlightenment, saying, "In the immortal words of Julius Caesar, 'I left, I did nothing, I returned.'"

This video includes clips from HBO and The Paley Center for Media and images from Getty Images.