Cuba Returns Hellfire Missile It Mistakenly Received From The US 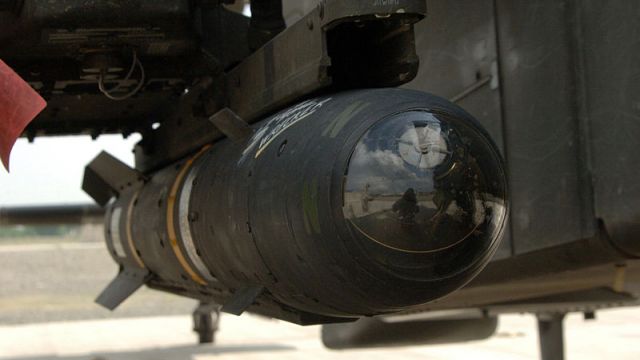 SMS
Cuba Returns Hellfire Missile It Mistakenly Received From The US
By Matt Moreno
By Matt Moreno
February 14, 2016
The missile was reportedly shipped from France to Cuba by mistake in 2014. Cuba returned it to Florida on Saturday.
SHOW TRANSCRIPT

Cuba has returned a Hellfire missile to the U.S. after receiving it by a mistake.

The Wall Street Journal reports the missile was returned to the U.S. on Saturday. Originally, it was supposed to be shipped from France to Florida in 2014 but was mistakenly loaded onto an Air France flight and sent to Havana, Cuba. The mishap was first revealed in January.

The missile mistakenly shipped to Cuba did not contain explosives, but officials feared secrets of the U.S.' advanced military technology could fall into the wrong hands.

"U.S. officials don't believe Cuba is the risk here, that they're going to use it somehow, but Cuba has a lot of friendships," CNN's Jim Sciutto reported in January 2016.

A spokesperson from the U.S. State Department confirmed the return to The Wall Street Journal, crediting the re-establishment of diplomatic relations for the peaceful resolution.

Hellfire missiles were first developed in the 1980s and used as anti-tank weaponry. The air-to-ground missiles are often fired from helicopters or drones and are now commonly used for multiple targets. The cost of a single Hellfire missile is about $105,000.

The missile is now being held at a military warehouse run by military technology company Lockheed Martin, the producer of the Hellfire missile.