Cuba Is The First Nation Certified For Eradicating HIV 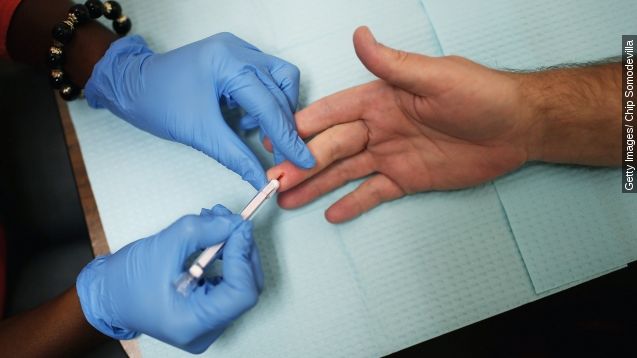 SMS
Cuba Is The First Nation Certified For Eradicating HIV
By Matt Patston
By Matt Patston
July 3, 2015
Other countries want the same good press that Cuba is getting from the World Health Organization.
SHOW TRANSCRIPT

Cuba was in the headlines quite a bit this week: First for reopening diplomacy with the U.S., and then for announcing it eradicated mother-to-infant transmission of HIV.

Yes, Cuba is the first country certified by the World Health Organization for eradicating mother-child transmission of the disease that causes AIDS — but hold on.

It was also the first country to apply for certification, and certification only means that the rate of mother-to-child transmission is less than five percent — so not completely eradicated.

Other countries have since followed in Cuba's footsteps and applied for certification. The New York Times reported the next ones in line are Bulgaria, Moldova, Turkmenistan and Thailand.

Not coincidentally, all of these countries are in need of an image boost, like the one Cuba got in the last week.

Economic woes have hounded Bulgaria since 2009, which hasn't been helped by rampant corruption in the formerly Soviet nation. Moldova is one of the poorest countries in Europe, fighting political instability and a lack of public resources.

In 2011, Turkmenistan reported only two — yes, two — cases of HIV in the country. But that impressive number is likely fixed by the autocratic government, which was developed under the rule of eccentric former dictator Saparmurat Niyazov, noted for a poor record of public welfare.

Thailand was an HIV-prevention success story in the '90s, but the 21st century has seen increased risk for STDs in the country, brought on by weakened prevention programs.

The country is also recovering from a political crisis in the last two years that caused violent protests and a coup.

All these countries could benefit from same good press Cuba has gotten, which likely motivated them to apply for eradication certification in the first place. Other developed countries, like the U.S., could pass the WHO's test, but don't plan to in the near future.

This video contains images from Getty Images and Pixabay/ CC0. Music by Skill Borrower / CC BY NC Sampling Plus 1.0.