Crowdsourced Data May Help Driverless Cars Determine Their Next Move 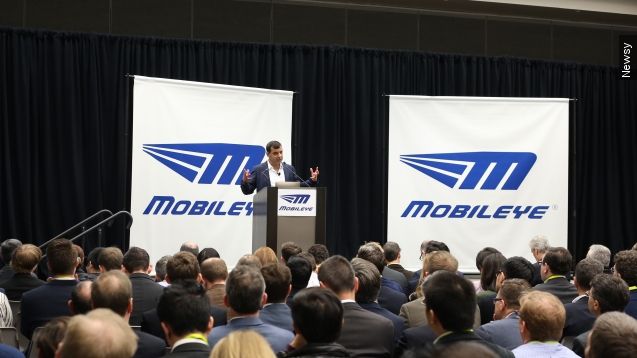 SMS
Crowdsourced Data May Help Driverless Cars Determine Their Next Move
By Leah Becerra
By Leah Becerra
January 7, 2016
Autonomous cars are everywhere at CES 2016, and tech company Mobileye said it's working with General Motors on a new type of driverless system.
SHOW TRANSCRIPT

We're here at CES 2016. Wednesday, the event finally kicked off, and we spent the majority of the day in the automotive section.

We saw a lot of autonomous technologies, and we heard a lot of theories about the best way to make autonomous driving work well.

One of those theories came from Mobileye: crowdsourcing information. Which is really interesting because usually when you think of autonomous driving, you think of a car being smart and using its artificial intelligence to do the driving for you. (Video via Mobileye)

With crowdsourcing the information, it'll work differently. You'll have lots of cars on the road, all sharing information, all doing it in a way that's supposed to make the car better recognize things — rather than recognizing it here and there, it would be able to recognize it ahead of time. (Video via Mobileye)

They're going to be working on that project with GM, so hopefully we'll see more information on that in the very near future.