Croatia Is No Longer Taking In Refugees 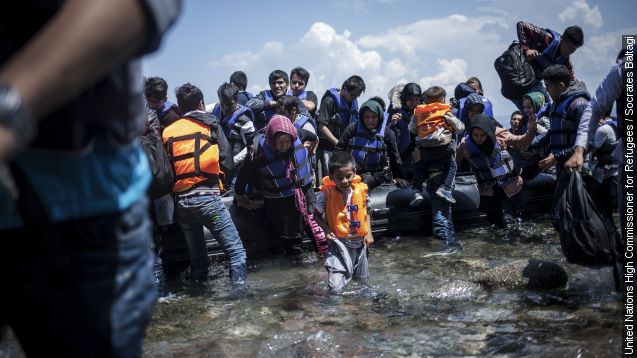 SMS
Croatia Is No Longer Taking In Refugees
By Jake Godin
By Jake Godin
September 18, 2015
Croatia has decided that it can no longer take in refugees or register them, but it will still allow refugees to pass through to other EU nations.
SHOW TRANSCRIPT

The Croatian government is refusing to accept any more refugees.

More than 13,000 refugees flooded into Croatia after Hungary sealed its border with Serbia.

At first, Croatia welcomed them, but now they've overwhelmed the tiny Balkan nation.

It simply can't handle the influx, and Croatia's interior minister says the nation is "absolutely full."

On Thursday, Prime Minister Zoran Milanović said refugees can cross through the country to reach Slovenia or Hungary, but they can't stay or be registered.

Thousands are fleeing conflict in places like Syria or Afghanistan in hopes of reaching northern European nations like Germany.

But even Germany has had to rein in its welcome of refugees. It's now performing border checks at certain places and cutting benefits. (Video via The German Federal Government)