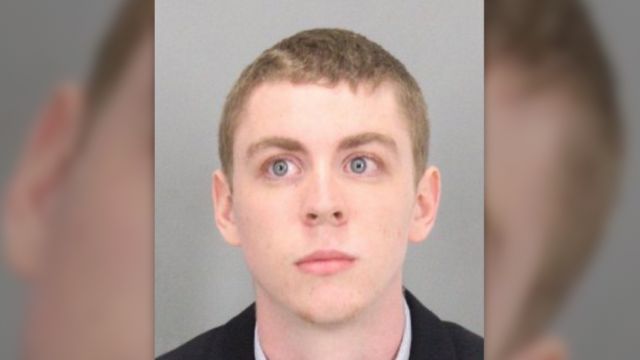 Brock Allen Turner could've received a maximum of 14 years in state prison. Instead, a California judge sentenced him to six months in county jail and probation. If he has good behavior, he’s expected to serve half of that.

Turner is a former Stanford University swimmer convicted of sexually assaulting an unconscious woman outside a campus frat party in January 2015.

The case only recently gained the attention of national media outlets — in large part because of the judge's light sentence.

Now that judge, Aaron Persky, is under the microscope. Like Turner, Persky attended Stanford University and was an athlete.

A law professor from the school told NBC, "The judge had to bend over backwards to accommodate this young man." She went on to say: "Getting good grades, or swimming fast, or being good at lacrosse is an exception from the California state minimum penalties, then basically what you’re saying is it's open season on college women."

That professor is reportedly leading an effort to get Persky off the bench. A Change.org petition had over 150,000 signatures as of Monday evening.

Persky is up for re-election in Santa Clara County this year.

This video includes clips from KGO-TV and The Recorder.