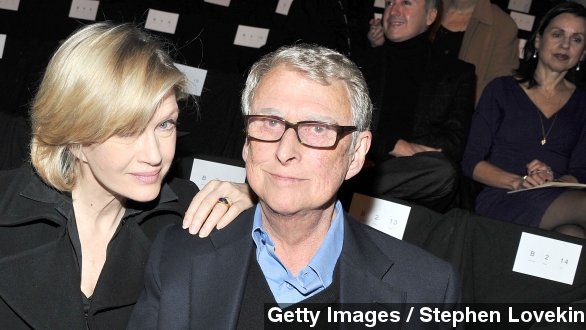 SMS
Critically Acclaimed Director Mike Nichols Dies At 83
By Jake Godin
By Jake Godin
November 20, 2014
ABC has confirmed that Mike Nichols, director of films such as "The Graduate" and "Who's Afraid of Virginia Woolf?", died on Wednesday.
SHOW TRANSCRIPT

Mike Nichols, critically acclaimed director of the 1967 film "The Graduate" and husband of Diane Sawyer died Wednesday at the age of 83.

ABC confirmed the news Thursday morning with a statement calling Nichols "a true visionary" and saying "No one was more passionate about his craft than Mike."

There was no reported cause for his death, with the ABC statement only saying he died suddenly.

Born in Germany, Nichols was perhaps best known for directing "Who's Afraid of Virginia Woolf?" in 1966 and "The Graduate" in 1967. Both films received Oscars.

Nichols won numerous accolades, and was also one of only a handful of people who have won an Emmy, Grammy, Oscar and Tony Award.

His most recent film was Oscar-nominated "Charlie Wilson's War" in 2007.

Nichols' most recent Tony win was for "Death of a Salesman" in 2012 while his latest Emmy was in 2004 for directing "Angels in America".

Nichols is survived by his wife and three children.