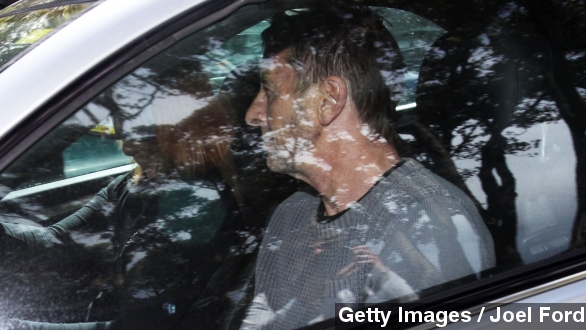 You probably heard something about allegations AC/DC's drummer Phil Rudd was involved in a kind of "murder plot." Well, it turns out folks might have spoken too soon.

ROBIN MEADE FOR HLN: "Now we know the murder-for-hire charge against AC/DC's drummer has been dropped."

According to the BBC, a New Zealand court found "insufficient evidence" for that charge against Rudd, so it was dropped. But charges for threatening to kill and drug possession remain.

Now, Rudd's lawyer is pointing out all of those headlines about "murder-for-hire" or "plotting to murder two people" weren't great for the drummer's image.

In a statement acquired by The New Zealand Herald, Rudd's lawyer says the drummer "suffered unnecessary and extremely damaging publicity as a result of widespread and sensational reporting of a very serious allegation."

Many are also pointing to the fact police charged Rudd with such a serious allegation so quickly. A former Law Society head told national New Zealand broadcaster TVNZ the move was "very unusual."

GARY GOTLIEB VIA TVNZ: "It's a bit like firing your pistol before you've taken it out of the holster. It just doesn't make sense to me. I would have thought they would have checked and double checked it."

There's no word on whether Rudd will decide to sue for damages, but according to the Bay of Plenty Times, he still faces up to seven years in jail if convicted of the threatening to kill charge.

It seems this legal scuffle won't hamper AC/DC's tour next year. The band says both its tour and new album are good to go.