Department Of Justice Steps In To Stop Construction On Pipeline 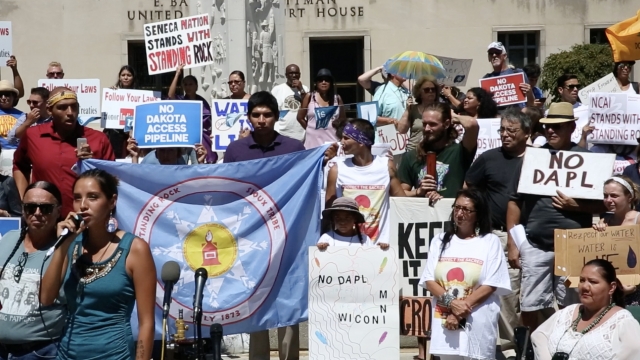 Construction on the Dakota Access Pipeline near the Standing Rock reservation has been halted. After the U.S. District Court for the District of Columbia denied the tribe's motion to stop the project, the Departments of Justice, the Interior and the Army stepped in.

Thousands of people in North Dakota are protesting the construction of the pipeline. They have been camped out at the site for months, and they call themselves "water protectors," not protesters.

The $3.8 billion pipeline doesn't quite cross the Standing Rock reservation, but it will cross the Missouri River, less than a mile from the reservation.

The Army now decides whether to reconsider the path of the pipeline's construction. Until then, the project is on hold.